Click on the picture above to start the video

Father Elias Leyds c.s.j. continues his English version of ‘FilioQue – the Catholic trademark’. It is a series programs treating subjects related to the dogma of the Filioque. It characterizes our Catholic faith and is crucial for understanding how and why the divine Logos, Word become flesh, as at the centre of Christian life in the world today. The goal is to reflect on our beloved Church and to develop a sharper vision on Christ’s truth. The war in the Ukraine makes these reflections particularly urgent.

Father Elias Leyds continues his analysis of following the anger, this time of the Russians!

We are reminded that altough Putin is now using denazificaton as an important argument for the invasion, that in the last 60 years, Nazism has been used by some of the Russians to resist Communism. And as said already in previous chapter of the FilioQue in English, there has always been a hidden longing for the structured reasoning of German fascists organisations, to learn from.

When the state steals from the people and even has the monopoly of reason, intellectual dissidents and clever enterpreneurial criminals are joined in the same cause for resistence, albeit without ideology.

Criminality developed itself in its own way, as a natural form of resistance. The free enterpreneurs knew very well the demonic character of the communistic system.

Father Elias quotes the experience of three very experienced people w.r.t. knowledge of the Russian culture, of which the last two he personally met.

1. Aleksandr Isayevich Solzhenitsyn. In his 2 volume book: 200 years together he described how Russians and Jews lived together for 200 years. Many Bolshevik revelutionairies were jews, but not all jews were Revolutionairies. The majority of jewsh had nothing to do with the revolutions. It were Russians who killed Russians.

2. A very modest Bishop who lived in Lithuania and was persecuted by the Russians: It were always foreign agents who lead Russians into being ‘butchers’. They have a problem with their identity.

3. A Dutchman, a spy who lived in the Sovjet Union for 20 years and has taken the identity of a russian soldier, that died. “I love the Russians, they are very good people. The only problem is they are so credilous. They believe anything, they are so gullible. The only thing is don’t attack their country, because they will defend it with their life. They are very loyal to their country. I feel very sorry that I spied on them. But they lack the strength of looking for truth. With repect to ideas, concepts they are very vulnerable”.

How do we proclaim the good news to the people of the world, amongst others the Russians? What aspect of the gospel, do they need today? The urgency is now!

Do you want to see more items of ‘FilioQue in English‘ ? Click here 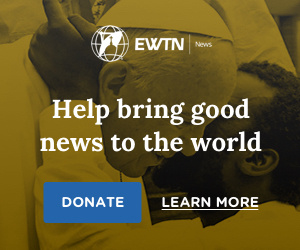